AMG Yacktman isn’t style-conscious, but it does respond to market valuations. It retains its Morningstar Analyst Rating of Gold.

This fund moved to the large-value Morningstar Category in 2018 based on its recent portfolio’s value tilt. The fund’s style trail over the past three years lands mostly in value territory, although the June 2018 portfolio fell on the value-blend border. Over the past decade, the fund has been slightly more correlated to the Russell 1000 Value Index than the S&P 500, with R-squareds of 81.3 and 80.4, respectively. But neither of these is high in an absolute sense, which says more about the fund’s style-agnostic approach.

So, while this is not a true value fund, managers Stephen Yacktman and Jason Subotky are valuation-aware. Generally speaking, as price multiples rise late in a bull market such as the current one, they will become more valuation-focused and perhaps willing to sacrifice a degree of quality. This is in contrast to a neutral valuation environment where their preference is for high-quality companies.

Yacktman and Subotky’s risk aversion in the current environment also shows in the fund’s high cash stake, which has been about 25% of assets or more for all of 2018. Over the past 10 years, holding cash kept the fund’s downside-capture ratios below 80% relative to the S&P 500 and below 70% relative to the Russell 1000 Value Index.

Given that cash grew to 31.7% as of June, the fund’s 6.7% year-to-date gain through September was impressive. Although it lagged the S&P 500’s 10.6% return, it surpassed the Russell 1000 Value Index’s 3.9%. The fund’s stake in Twenty-First Century Fox FOX, which first entered the portfolio as News Corp. in 2008, carried results over the prior 12 months. The combined 11.8% Fox position entering 2018 surged more than 35% after Disney DIS announced in December its intention to acquire Fox. The team trimmed the position in 2018’s second quarter, which contributed to the huge cash stake.

This fund sometimes gets the high-quality label, but price and valuation are what matter most. The team’s preference for companies with strong free cash flows, reasonable debt, high returns on capital, and modest cyclicality makes high-quality companies the default. However, if the price is right, management will buy value-oriented or cyclical names, often coming out of a recession and a bear market. The team thinks of stocks as junior bonds and compares their free-cash flow yields with those of AAA rated corporates. Once a stock is in the portfolio, the team is reluctant to sell because high-quality companies tend to compound capital at attractive rates. This leads to low turnover. On the other hand, if the team cannot find cheap stocks to buy, it will let cash build to 20% or more of assets. This patience and discipline earn a Positive Process rating.

Capacity isn’t an issue given the portfolio’s low turnover and current focus on liquid large-cap stocks. But the fund has grown too big to invest meaningfully in small and mid-caps as it did in the late 1990s. Back then, the fund loaded up on small and mid-caps given their compelling valuations versus large caps. The team likely wouldn’t have the flexibility to invest meaningfully in such stocks now even if valuations became attractive. That’s especially true if the team plans to maintain its relatively concentrated portfolio.

In some ways, this is a concentrated fund, given that it had 45.9% of its assets in its top 10 holdings as of June 2018, more than double that of the S&P 500. Plus, the fund sticks to just a few sectors, given the team’s preference for companies with competitive advantages that aren’t very economically sensitive. (That said, the team will buy cyclicals if the price is right.) This has led to big stakes in consumer-oriented and technology shares. Branded consumer staples and discretionary stocks represent about a third of the equity portfolio versus less than one fourth of the S&P 500.

But the fund has marshaled its defenses as valuations have risen. The portfolio’s average price multiples have mostly dropped below the index’s, but its holdings tend to be of higher quality. This shows in the shifting balance between staples and discretionary stocks. Since peaking at nearly 31% of the equity portfolio in March 2009, economically sensitive discretionary stocks dropped to 14.9% by June 2017. The team has maintained a big overweighting in recession-resistant staples such as top holding Procter & Gamble PG, taking the overall weighting to 33.6% of the equity portfolio from 23% in March 2009. Moreover, cash grew to nearly 32% of assets in June 2018, the fund’s highest level in at least a decade. Management has trimmed top holding Twenty-First Century Fox FOX, which is up about 35% for the year to date.

This fund’s long-term returns are excellent, earning it a Positive Performance rating. Since the fund’s 1992 inception, its 10.4% annualized return beats the S&P 500’s 9.9% return through September 2018. The fund has an even bigger lead since Stephen Yacktman was named a comanager at year-end 2002. Since then, the fund’s 11.1% annualized gain beats the S&P 500’s 10.1%.

Management aims to maximize risk-adjusted results over a full market cycle. This attention to risk shows in its preference for high-quality companies, valuation consciousness, and a penchant for big cash stakes when equity valuations get stretched. Despite maintaining a relatively concentrated portfolio, the fund’s 15-year standard deviation is in line with the S&P 500’s with far lower downside capture.

As with most highly differentiated funds, this one goes through dry spells. It has been left for dead on more than one occasion, including during the late 1990s and mid-2000s, and again since 2012. While the managers are not deep contrarians, their value leanings and the fund’s concentrated portfolio can leave it out of step with the broader market, especially in the latter stages of bull markets when the team often gets defensive. But this defensiveness led to outstanding relative returns during the 2000-02 and 2008 bear markets and 2011’s correction. It has made up on the downside for gains lost during rallies.

This fund ensured continuity when its advisor, Yacktman Asset Management, sold itself to Affiliated Managers Group AMG in 2012. That deal locked in the fund’s three managers, as each signed a 10-year employment contract as part of the agreement. The team also retained full investment authority, so there wouldn’t be any change in the fund’s strategy.

That’s encouraging considering Don Yacktman, Stephen Yacktman, and Jason Subotky’s long-term investment success. Don Yacktman officially stepped down as a comanager in May 2016, but remains as an advisor. This move reflects the fact that his son Stephen and Subotky have managed the fund day-to-day for the past several years. Those two do not have an independent record of their own, but they have ample experience. This earns the fund a Positive People rating. Stephen has worked on the fund since 1993 and has been a comanager since year-end 2002. Subotky has been a comanager since year-end 2009 and has been with the firm since 2001. Both have more than $1 million invested in the fund.

The team strengthened its bench when it hired Adam Sues in August 2013. After less than a year with the firm, Sues was named the sole manager of AMG Yacktman Special Opportunities YASLX in June 2014. They hired Brandt Dusthimer as an analyst in April 2015. He has a strong tech background, having worked for five years as a software engineer.

AMG Funds’ parent, Affiliated Managers Group, has historically focused on acquiring equity interests in boutique asset managers while leaving investment and operational autonomy to each investment firm. That strategy continues. However, the AMG-branded fund lineup has grown as the firm has become more engaged with some, but not all, of its affiliates, particularly with distribution. Today, its lineup numbers more than 60 funds as AMG has included some of its affiliates’ offerings under its own brand, including the funds subadvised by Yacktman Asset Management when it made an investment in that firm in 2012. More recently, the 2016 integration of Aston added 20 funds to the AMG brand. (AMG initially made an investment in Aston in 2010.)

Other emphases for the firm have emerged. First, AMG signaled its expansion into new geographies with the 2017 hires of Hugh Cutler as head of global distribution and Thomas Henauer as head of distribution, Switzerland. Second, the firm has made recent investments in a number of alternatives shops. Although the Yacktman-run funds still constitute the largest portion of AMG Funds’ assets under management, this, combined with a slight shift in assets toward quantitative and alternatives strategies, is new for the firm. As the firm establishes itself as a more assertive distribution partner, AMG Funds continues to earn a Neutral Parent rating.

This fund’s fee-level peer group changed to large-cap institutional after parent AMG raised its minimum initial investment to $100,000 in October 2016. While the fund’s 0.76% prospectus expense ratio would be below-average relative to its former large-cap no-load peers, it lands in average territory among its institutional peers. As a result, the fund receives an overall Morningstar Fee Level of Average and a Neutral Price rating.

The fund’s low turnover keeps brokerage commissions, as a percentage of net assets, below those of the category average. It also charges a 2% redemption fee on shares held for less than 60 days. 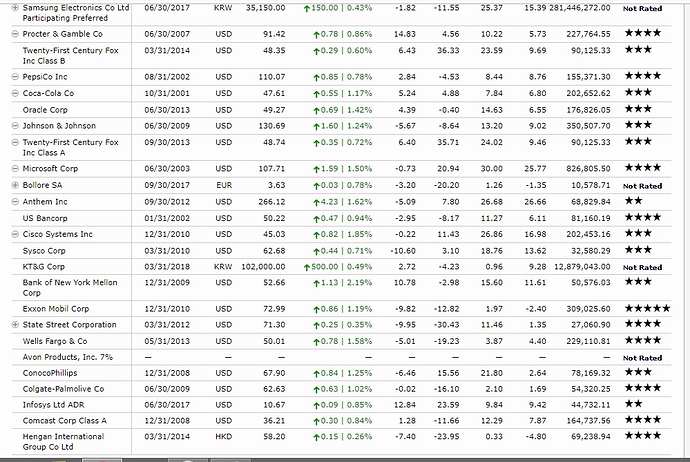 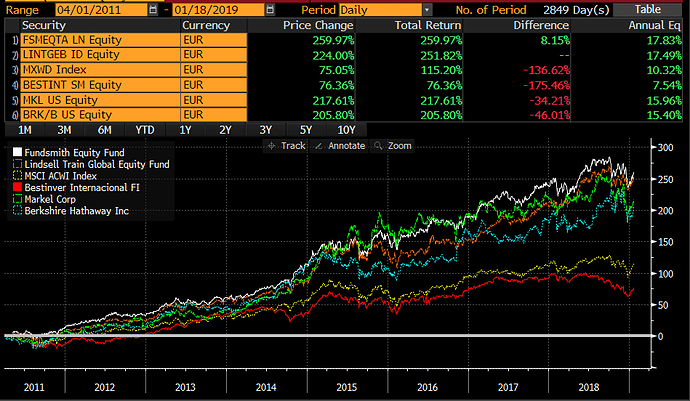