In August 2000, Fortune ran an article titled “10 Stocks to Last the Decade.” The author’s intention was clear, as captured in a short description preceding the article: “A few major trends will likely shape the next 10 years. Here’s a buy-and-forget portfolio to capitalize on them.”

Well, we have more than 15 years behind us. Let’s look back and see how the picks held up over time. Let’s also see if we can spot any trends that should have caught the reader’s eye.

Before we jump in, a quick discussion of the methodology used seems appropriate:

“Yes, this is a new era and one that’s bound to have its own heroes. To find out who those heroes might be, Fortune first identified four sweeping trends that we think have the potential to transform the economy. Any one of these four – the lightning-fast changes in communications networking, the brave new world of entertainment, the ‘boomerization’ of financial services and biotech’s coming of age – is explosive by itself. Combined, they appear certain to transform the way we work and interact.

"For help in finding the stocks best positioned to capitalize on these four trends, we sought out some of the top stock pickers in the country.

"We also did our own due diligence by poring through financial statements, talking to companies and giving their products a test run. The result: Ten stocks that we think will be winners over the coming decade. We’ve included some household names but also a few surprises. They all share exceptional management and an ability to execute no matter what happens in the macro-economy – characteristics we think will be even more important if the economy slows and investors put a premium on those companies that post consistent numbers.

"If you’re a long-term investor, these 10 should put your retirement account in good stead and protect you from those recurring nightmares about the stocks that got away.”

With that, let’s begin: Here are the 10 stocks (based on the order they appeared in the article) with a rough estimate of their returns over the next 15 years or so.
•Nokia (NOK) – Nokia, the leading manufacturer of wireless phones (with 27% market share), was kicking butt and taking names in the late 1990s (revenues quadrupled to 2000). Analysts thought this was just the beginning: “Consensus among analysts is that Nokia will continue to grow profits 30% or more over the next five years.” Unfortunately for Nokia, it completely missed the next wave in mobile. The handset business was eventually sold to Microsoft (NASDAQ:MSFT) for ~$7.2 billion (for context, Nokia reported nearly $4 billion in net income in 2000). According to Google Finance, Nokia shares have declined by ~80% since 2000.
•Nortel Networks – Nortel was on top of the world in 2000. According to Reuters, its market cap peaked at more than $250 billion. Unfortunately, it was all downhill from there: The stock would fall 20% in October 2000 and another 33% in February 2001 on weak results. Fast forward to January 2009 when Nortel filed for bankruptcy protection after years of decline.
•Enron – Swing and a miss! (And so much for that part about “exceptional management.”)
•Oracle (ORCL) – Unlike the first three companies mentioned, Oracle isn’t a shell of its former self. Unfortunately, Mr. Market was pricing in unbridled optimism at the tail end of the bull market. The result is that despite solid business results over the past 15 years, Oracle still trades nearly 50% lower than it did in August 2000 (this does not account for dividends). For the vast majority of the ensuing decade (2000 to 2010), investors were down 75% or more.
•Broadcom – Avago Technologies (AVGO) acquired Broadcom in 2016 for ~$55 per share. By comparison, when the Fortune article was written, Broadcom traded for ~$160 per share (adjusted for the 2006 stock split). Said differently, the buyout locked in a loss of more than 50% for investors that purchased Broadcom in 2000.
•Viacom (VIAB) – The current Viacom was a spinoff from (what is now) CBS Corp. (CBS). From what I can tell, it looks like investors received a single share of both companies – worth roughly $100 per share at current valuations. By comparison, the Fortune article mentions an August 2000 price of $69 per share. Assuming that I have all of the relevant information (harder to say on this one), the investment in Viacom has turned out OK (but far from great).
•Univision – According to the Wall Street Journal, Univision was acquired in early 2007 for $13.7 billion (including roughly $10 billion in debt). While it’s hard to find any old reports for Univision, an article from 2001 noted that Univision had a market cap of “nearly $6 billion” (note that the S&P 500 fell ~25% from August 2000 to October 2001). It’s hard to determine if this was a big loss or a decent outcome; it’s safe to conclude it wasn’t a home run.
•Charles Schwab (SCHW) – The article notes that Schwab was trading at $36 per share in August 2000. According to Schwab’s investor relations Web site, the stock was last split in May 2000 (before the article was written). Said differently, the stock is up marginally since 2000. For well over a decade, investors were down more than 50% on their initial investment.
•Morgan Stanley Dean Witter (MS) – Morgan Stanley has declined by ~50% since 2000. The only time investors have been anywhere near break-even was in June 2007.
•Genentech – Last but not least, Genentech was acquired by Roche in 2009 (Roche had been Genentech’s majority owner since the 1990s). The price paid to minority shareholders was $95 per share, which is ~150% higher than the (split-adjusted) $38 per share mentioned in the Fortune article. This is clearly one of the better investments mentioned in the article.

After 15 years, here’s the final result: a handful of winners, a handful of laggards and some serious disasters. You lost most – if not all – of your investment on half of the positions. By comparison, the S&P 500 has increased by ~65% (cumulative) since the article was written.

What’s most interesting to me is what we can learn from the losers: Without fail, these were the companies that were part of the “sweeping trends that have the potential to transform the economy.” They had grown like crazy in recent years; analysts and investors expected the good times to continue in perpetuity. Their valuations required perfection – and in some cases, even more. The author stepped to the plate in search of riches. In reaching for home runs, investors ended up with a number of devastating strikeouts. The subsequent experience of investors in these 10 companies – especially those with the potential to transform the economy and the world as we know it – offers an important lesson that shouldn’t be forgotten. 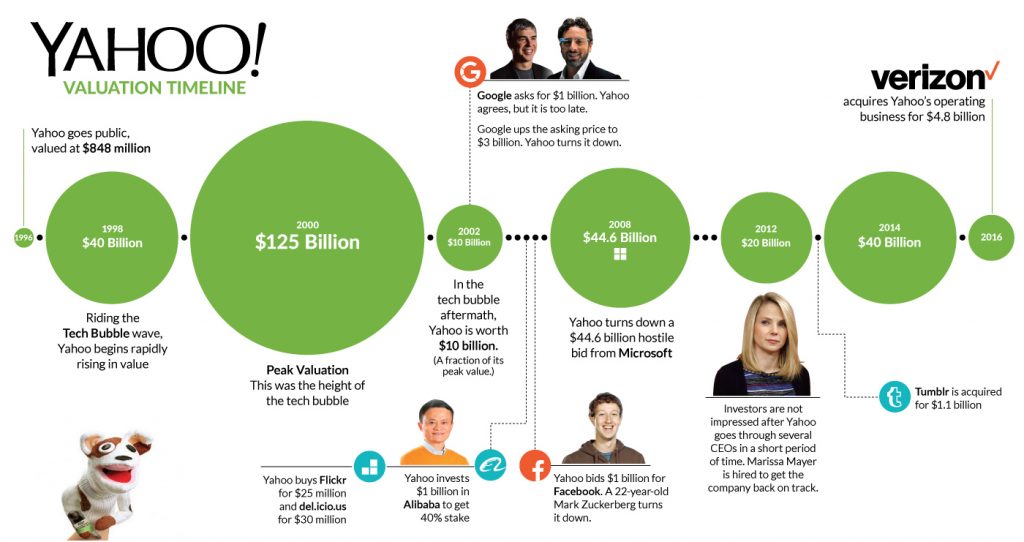