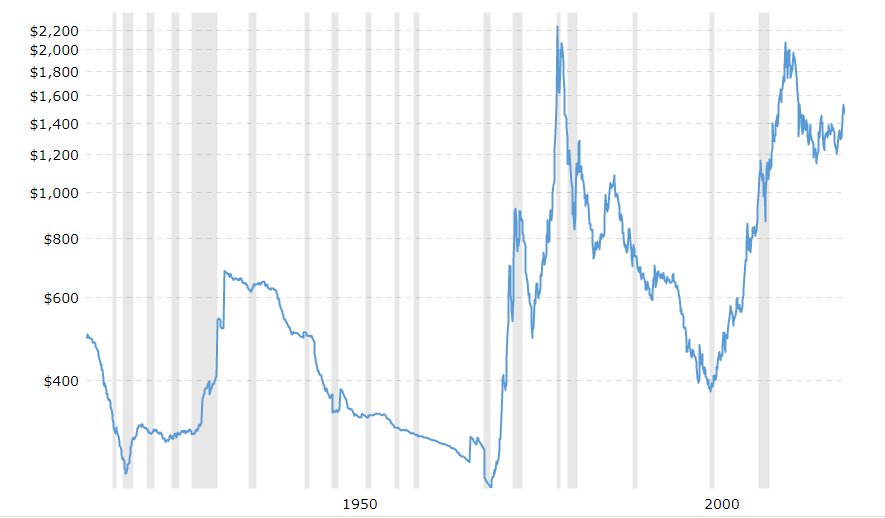 Erb and Harvey (2013), however,
document that over the extremely long run, gold may have a higher return than
the inflation rate (the mean effect), even though gold does not correlate highly
with inflation (the inflation hedging ability). Sadly, these extremely long horizons are not relevant formost investors.Only a few institutions—the Catholic Church, the Padmanabhaswamy Temple in Kerala,
India (founded in the sixteenth century and possessor of $22 billion in gold),25
and certain universities such as the University of Bologna (the world’s first,
founded in the eleventh century)—have survived for many centuries. But having
survived for centuries does not mean these institutions’ planning horizons are
centuries-long. The long-term investors of today—pension funds, endowments,
family offices, sovereign wealth funds—do not plan 1,000 years ahead

In summary, only energy commodities have hedged inflation and even then
the correlations are far from one. Energy and agricultural futures tend to perform
badly when growth is low and volatility is high. Precious metals, in contrast, move
fairly independently of macro factors. 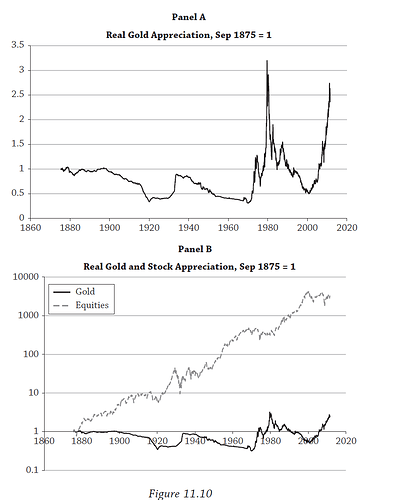 Nobody knows why asset classes perform the way that they do over any given short period of time. We can speculate, but there is no way to know for sure. Gold is uncorrelated to financial assets, so it’s not like we can say that gold does well when stocks do poorly. It does what it does based on supply and demand.

If Gold is so useless with limited use then why does US federal still hold gold?

Why does the US Department of the Treasury own gold?

The Treasury holds gold, at least in part, because it was part of the Treasury’s Exchange Stabilization Fund (ESF) which is based on the Gold Reserve Act of 1934. As explained by the Treasury:

The legal basis of the ESF is the Gold Reserve Act of 1934. As amended in the late 1970s, the Act provides in part that "the Department of the Treasury has a stabilization fund …Consistent with the obligations of the Government in the International Monetary Fund (IMF) on orderly exchange arrangements and an orderly system of exchange rates, the Secretary …, with the approval of the President, may deal in gold, foreign exchange, and other instruments of credit and securities.

This is a legacy tool for conducting foreign transactions. In 1974 the Treasury actually moved the US gold stock held by the ESF to the Treasury General Account “in view of the likelihood that the Exchange Stabilization Fund [would] not be engaging in further transactions to stabilize the value of the dollar relative to gold.” Keep in mind that prior to 1971 the US currency could be redeemed for gold, so the US needed to have a lot of gold.

It seems irrational for the Treasury to maintain its gold stock if it no longer has practical use. This irrational behavior was identified and examined in a 2012 paper titled Central Banks and Gold Puzzles. The authors questioned why central banks hold gold at all, and conduct analysis to try to answer the question. From the paper:

A central bank’s gold position retains the stature of signaling economic might. The intensity of holding gold is correlated with ‘global power’ – by a history of being a past empire, or by the sheer size of a country, especially by countries that are or were the suppliers of key currencies.

This is consistent with the Treasury continuing to hold gold reserves despite no longer having a practical use for them.

One of the other issues among central banks is that many of them own a lot of gold. This means that if one of them started selling off gold aggressively it could affect the price of gold, which would be detrimental to other central banks. This concern was formalized in the Washington Agreement on Gold in 1999, where a group of central banks agreed to limit their gold sales to stabilize the market. This agreement was renewed in 2004, and 2009, but was allowed to lapse in 2019. This shared concern for destabilizing the price of gold could be a reason that many central banks have maintained their gold positions over time.

Why countries like Russia, China, India etc. have been buying gold Aggressively lately? Surely all that money could be used elsewhere i.e. let the fools buy the gold why should Big sane governments invest in a metal which don’t do much?

This exact question was addressed in the above-referenced paper:

Recognizing the growing global might of key emerging markets, we close the empirical discussion by noting the recent sharp increase in the gold positions of the largest emerging countries: China, India, and Russia [Figure 5]. Table 8 shows that as of November 2011, China is the 6th largest gold holder in the world, Russia is the 8th, and India is the 11th largest. Several recent articles indicate that these countries are likely to continue building up their gold reserves.[22] This trend is consistent with the desire of ‘super emerging markets’ to signal their economic might, to diversify their reserves, and to insure themselves during the global turbulence.

When the IMF decided to sell one eighth of its total gold holdings in September 2009, India became a counterparty of the gold sales, and purchased 200 tons from the IMF.b According to the FT.com (November 3, 2009),c India’s finance minister said that the purchase “reflected the power of an economy that laid claim to the fifth largest foreign reserves in the world.”

Again, we see signalling economic might expressed explicitly as a reason for a central bank to own gold.

It is worth noting here, that as described above, the IMF sold off 1/8 of its gold in 2009. It is also worth mentioning that Canada sold off most of its gold by 2016.

Gold has been used as currency for past 5000 years or so while the latest Fiat currency experiment have been in use for less than 100…what makes us think that USD or any other paper currency will hedge better against Gold?

I am not suggesting that currencies should be part of a portfolio. Allocating 5% of your portfolio to USD, CAD, or whatever would be just as baseless as allocating to gold. Currencies, like gold, are not productive assets and they do not have an expected return. If you own assets as opposed to currencies, the issue of currency valuation goes away. If you own stocks and your currency begins to lose value, your stock returns as calculated in your home currency will go up as much as your currency goes down. Stock returns, like gold, are volatile, so stocks are not a hedge. If you need a short-term hedge, then rolling short term debt obligations might be a reasonable option to hedge against inflation.

Why governments across the globe are not able to increase the interest rates (or go to negative interest rates) and what happens when they print ton of money devaluing an average Joe’s savings takes a dump?

Who knows. US inflation has continued to be suspiciously low considering their monetary policy. This is why cash is a risky long-term asset. The same is true for long-term bonds. But it is not a reason to own gold.

In a 2014 paper on US monetary policy, University of Chicago economist John Cochrane briefly mentioned why a gold standard is not a simple solution:

The gold standard seems like a pure monetary policy, but it is not. Since no government ever backed 100% of its nominal debt with gold, the gold standard was a way to communicate and commit the government to raise the appropriate surpluses to pay off its nominal debt. If people wanted to redeem notes for gold, the government would raise the gold with current or, via borrowing, future taxation. The gold standard is impractical, of course, since we want to stabilize the CPI not the price of gold. And its history is full of crashes, when the essentially fiscal “commitments” fell flat. Foreign exchange pegs are similar fiscal commitments. 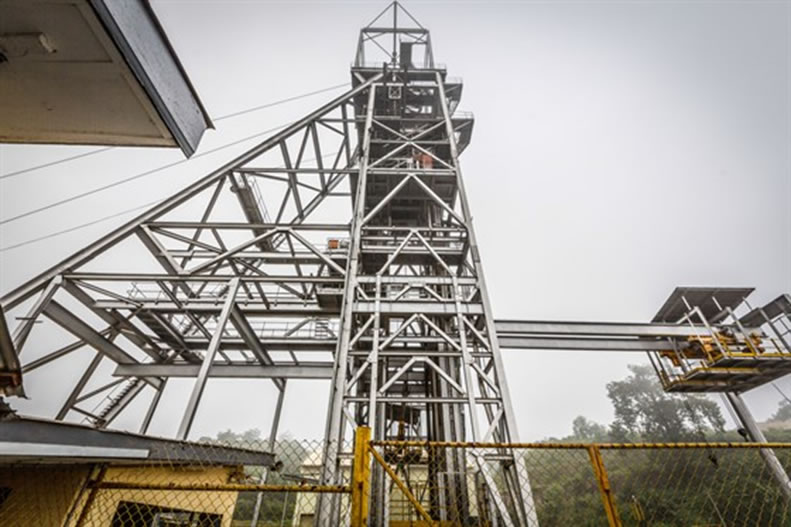 On 19th May 2014, the European Central Bank and 20 other European central banks announced the signing of the fourth Central Bank Gold Agreement. This agreement, which applies as of 27 September 2014, will last for five years and the signatories have... 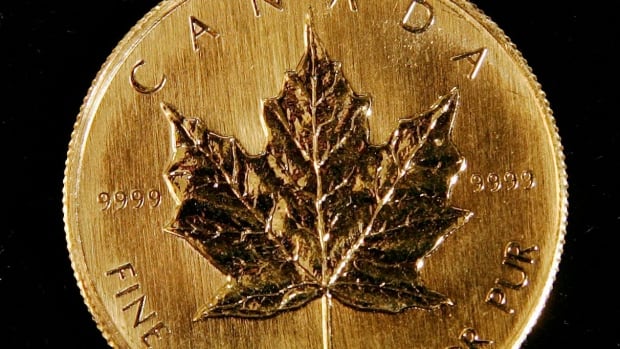 Canada sells most of its gold reserves | CBC News

Canada is selling off most of its remaining gold reserves, mainly by selling gold coins, figures from the Bank of Canada and Finance Department show.

The ecstasy of gold

Customers must sell their gold, silver and platinum this week. Otherwise, ABN Amro will do that for them... 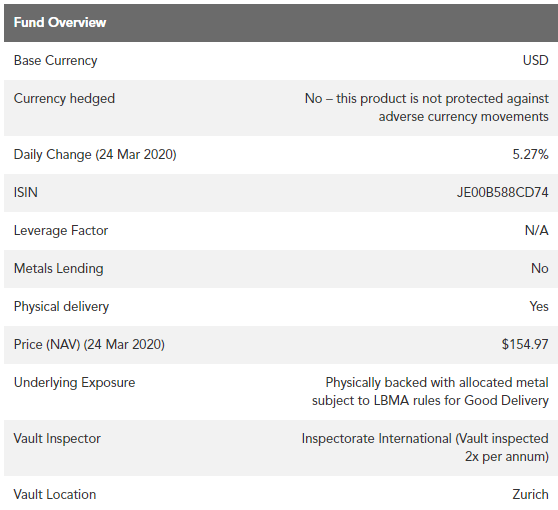 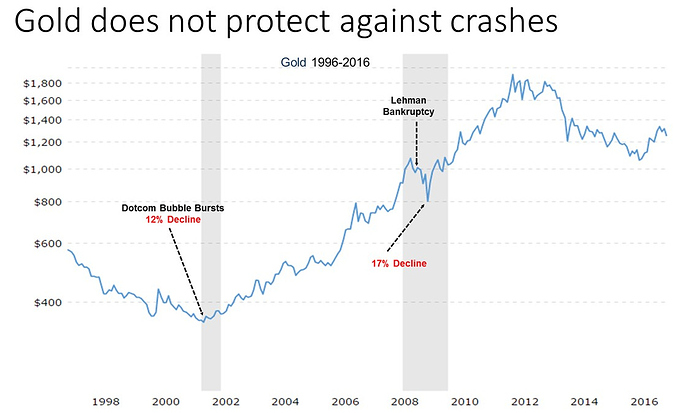